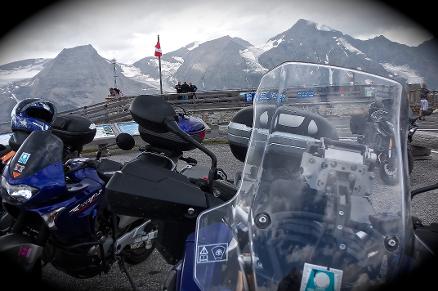 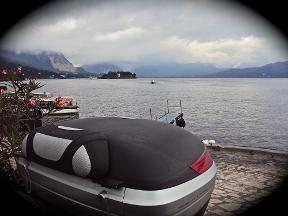 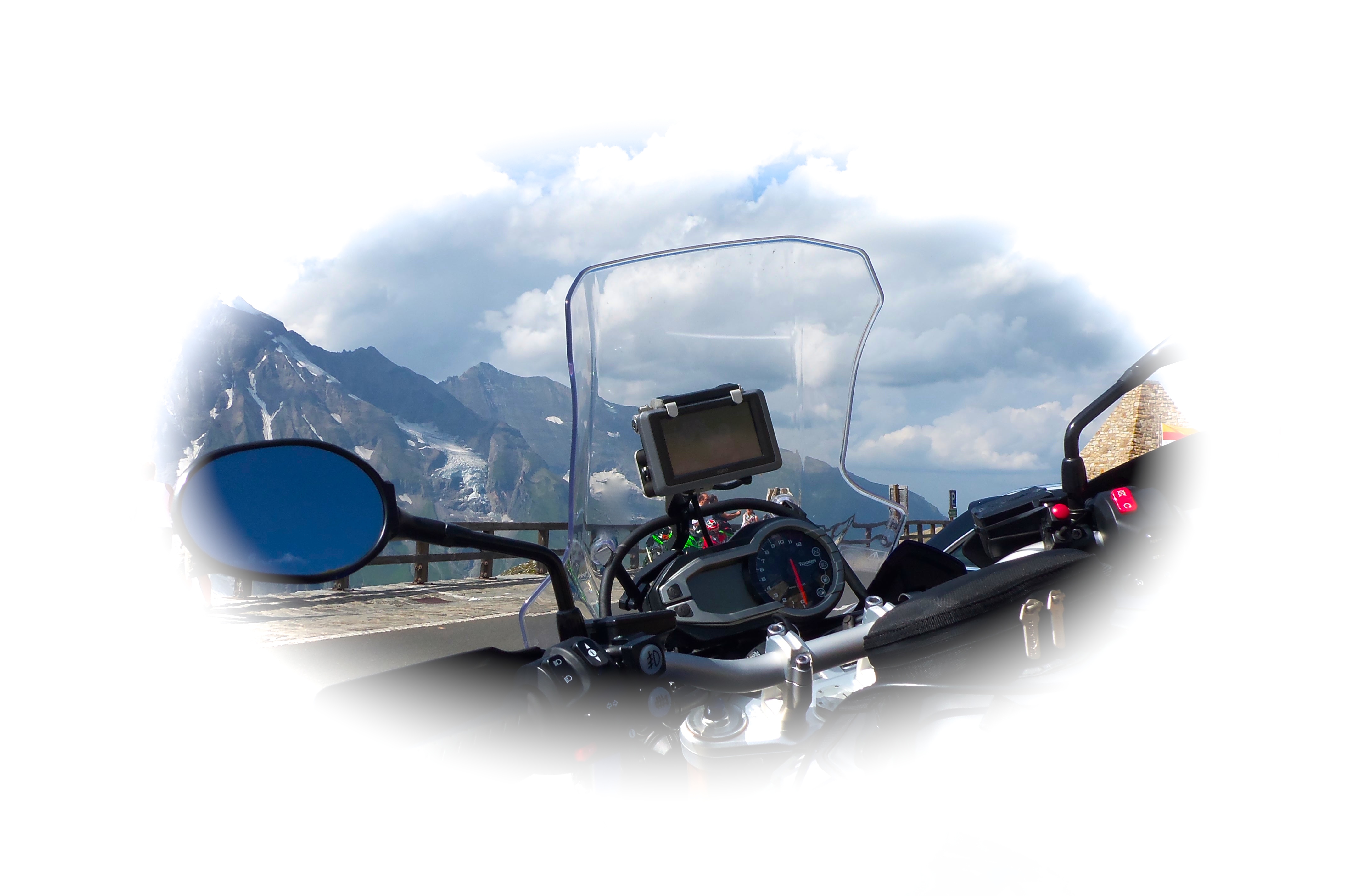 Today was a bimbling day amongst the mountains. A circular route ending up not too far from Ooty after the mornings ride. We rode down to the plain then back up in to the mountains with plenty of curves and superb scenery over the plains below. Again, as we rose so the temperature dropped a little - at least. The afternoon was completed by visiting the highest mountain viewpoint in the Ghats and riding a route containing thirty six hairpin bends before dropping down in to the Mudmalai wildlife sanctuary, which boasts one of the largest populations of elephants and tigers. Unfortunately we didn’t see any elephants or tigers but as usual there were the usual monkeys.

Our hotel for the night was eventually found it being a little way off the beaten track. Small cottages located in a forest clearing overlooking the splendour of the nearby mountains rounded off another good days biking and savouring the delights of India.

There was plenty of activity in the area with wildlife wardens and police being deployed along the roadside but the parade of honour wasn’t for us, it was for the festival taking place at the local temple. Apparently they were walking on hot coals this evening with festivities going on for most of the night. The festival lasts a week and despite our host suggesting it would be worth a visit due to the colourfulness of it all, after a hard day’s riding none of us really wanted to jump back on the bikes, so we choice the easy option of sitting and watching the sunset over the mountains.

The evening was rounded off with an authentic meal cooked by locals. Probably one of the best meals of the trip due to its authenticity and aided by mine host giving us a commentary of the contents of the nine or ten dishes. All vegetarian which is a feature of these parts of India but nonetheless delicious.

There’s no wi if here but after a warm nights sleep it was up early to watch the sun rising over the mountains. Just splendid. Another authentic meal for breakfast so we had to try a bit of everything. It was then back on the bikes and we continued our journey through the Mudmalai Wildlife park. After seeing some domesticated working elephants we were able to catch the back end of a wild one amongst the bush. We also spotted some deer, peacocks and Rhesus monkeys. A great ride through some lovely countryside again before dropping in to Kozhikode and back to the hectic traffic before arriving at our hotel for the night.

This was a one hundred mile journey along primarily the main road between two cities. There was nothing glamorous about this ride with temperatures in the high thirties and the usual hustle of the traffic. Stopping off at a town in the main thoroughfare for a drink we caused some attention from the locals. We caught a group looking out of the upstairs window of a shop. Obviously white Europeans aren’t a familiar sight in these parts and especially a white European lady riding as pillion on the back of the motorcycle. All in all they’re a friendly bunch and several stopped and asked us where we were from and how are we enjoying Kerala. The only excitement about this ride was Paul on the motorcycle in front of us clipping another motorcycle that decided just to turn across his path of travel. He had an escape route by using the rough path to the side of the roadway so we just carried on and no damage done to anyone or anything . He did have a moment a few days earlier in the trip when an overtaking car pulled so close that it clipped his foot as it went past. Despite these incidents taking place we all arrived back at the hotel where we started our trip safe and sound. A well earned beer after a hard day’s riding.

Despite the chaotic driving during the course of the trip we have not seen any collisions ourselves but we did pass a Mahindra truck this morning that was parked by the side of the road and had obviously been in a ‘head on’ prior to it being bent quite so badly. Perhaps there is some method after all to driving the Indian way!! We must get one of their Highway Codes but I think we’ll be hard pressed to find one. We have passed a number of learner drivers though on our journey. Rather them than me learn to drive in India.

Resting for a few days back at Kochi what do we think of this part of India. As a country with a billion people it is very hectic wherever you go. There are some quiet parts but there are always people. With the United Kingdom trying to reduce pollution, recycle waste, etc. our efforts are minuscule compared to what is required for India to be anywhere near punching their weight as far as this worldwide issue. There is a lot of education required. Rubbish is just dumped anywhere and everywhere. Plastic imparticularly is a problem. Some beautiful viewpoints out in the countryside are spoilt by just looking down at the pile of plastic and rubbish below. Efforts are being made in the National Parks with signs to take your littler home but it will need a lot more than this.

Accommodation and living standards, especially in the remote country areas, is basic to say the least and sanitation is non existent in these parts. Survival must be an every day challenge and daily chores are obviously collecting water from the nearby water source and collecting wood for fuel. Everyone needs to scratch a living to survive.

Fuel emissions are such that people can be seen riding around with scarves over their faces to reduce the intake of polluted air and policemen directing traffic on street corners have masks over their faces to reduce intake of noxious fumes. Even newish cars belch out black smoke because they are not serviced as they should be and the owners just keep them going until they need some attention.

The people were found to be a friendly bunch wherever we went and white Europeans do cause some attraction but I suppose that is to be expected with not too many travellers to these parts. The locals were always keen to ask where we had come from and wanted to know our names. Why I’m not quite sure!!

We have stayed in generally good quality accommodation but service isn’t quite there yet as compared to European standards, albeit that the hotels were generally very comfortable and staff were only too eager to please. A simple task of just paying for our drinks whilst the room was being paid for by our tour leader created some consternation at times, but we eventually got there with a little more explaining.

As a nuclear nation and expected to be the fifth largest economy in the world we’ll wait and see on that. A great deal of education and investment in basic services is still required.

As a motorcycling experience we have thoroughly enjoyed the whole thing and visited some great parts of the country. Riding in India is not for the faint hearted and needs some confidence to join the mayhem of the Indian roads. I hope I’ve captured some video of this during the trip.

Would I come back? Well India is a vast continent and having wanted to visit this particular part my next area to visit would have to be the Himalayan area. We’ll see what the future holds.

I hope that you have enjoyed our record of this trip. We await the next adventure. Thanks for reading.

Whilst spending a couple of days relaxing at our hotel we woke up this morning (Sunday 170319) to this little beauty parked (or should it be moored) across the bay. The Sapphire Princess set off from Singapore on the 10th March and is due in to Southampton on Tuesday 16th April after a thirty eight day cruise. I think that we shall beat it home. It set sail for Dubai last evening.

Making our way for breakfast we then bumped in to the India Minister for Tourism - Alphons Kannanthanam. It surprising who you bump in to in a lift but if the hotel is good enough for him to stay in then it’ll be good enough for us!!

A Sunday morning walk around the streets opposite provided a colourful display of what the vendors had to offer.

Backwaters in Kerala is a network of 1500 km of canals both manmade and natural, 38 rivers and 5 big lakes extending from one end of Kerala to the other.

Backwaters is one of the major tourism product of Kerala, being unique to the state. Traditionally used as one of the main transportation alleys, today backwaters offer a rejuvenating experience for tourists visiting Kerala. We hired a boat and set off on a day’s adventure exploring this beautiful area. Along with the boat came the captain and the cook and as part of the package lunch was provided. A lovely way to spend a day relaxing and enjoying this unique area.